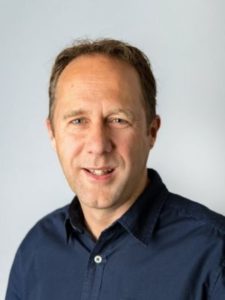 Adrian is the Web Foundation’s President & CEO. His 20-year career in international development and advocacy has focused on delivering policy change on complex global issues in the Global South, North America and Europe.

Prior to joining the Web Foundation, Adrian was the interim CEO of ONE, the campaigning and advocacy organisation co-founded by U2’s Bono to help end extreme poverty. He previously led ONE’s Europe division as its Executive Director.

Adrian played a key leadership role in successful campaigns such as Make Poverty History and the Jubilee 2000 campaign to cancel the debts of developing countries. He has also held senior roles at the likes of Oxfam and Save the Children.

The web is not a luxury, it’s a lifeline. But for nearly half the world, it is still out of reach. We need a huge effort to get everyone connected to the web before the end of this decade – and to make sure it is open, safe and empowering. At the Web Foundation and the Alliance for Affordable Internet, we’re determined to make it happen.