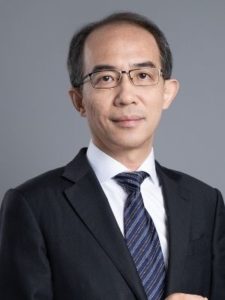 After joining ZTE, Xu Ziyang was responsible for core network product R&D and operation and enabled ZTE to become the industry’s only core network device and service provider capable of supporting all network systems. He helped ZTE’s core network products make breakthroughs in the global market, and made ZTE’s virtualization market presence become a leader in the industry. When he was in charge of European and U.S. Marketing, he helped make breakthroughs in the scale of system products of multiple European and U.S. high-end operators and achieved sustainable operation. When he served as CEO of ZTE Services Deutschland GmbH, he completed operation and profit tasks assigned by the Board of Directors and ZTE Corporation, took multiple innovative measures, and established a unified, highly efficient organizational system and work system for ZTE Services Deutschland GmbH.

Xu Ziyang graduated as a physical electronic technology major from the University of Electronic Science and Technology of China. He has extensive experience in management. With more than four years of experience of working in Austria, Germany, and other countries, Xu Ziyang conducted business with multiple global operator customers. Therefore, he genuinely understands the landscape of the global communications market, is acquainted with the business models and operational rules from different cultural backgrounds, and has a broad international vision. His management style features pragmatism, low profile, simplicity, and straightforwardness. He is decisive and customer-oriented, and attaches importance to the role of data. He always keeps his word and never shirks his responsibilities.

While acknowledging and appreciating the Sustainable Development Goals of the UN, as well as bridging the global digital divide, ZTE is devoted to the advocacy of the equal developments of ICT and broadband, across the global community. My colleagues and I are committed to our mandate and mission of establishing prerequisites for economic and social development around the globe.