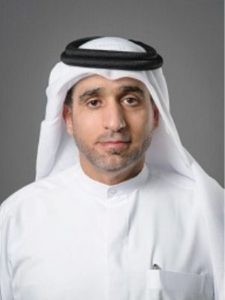 Al Mansoori holds a Master’s degree in Computer Science from Middlesex University, London. Al Mansoori began his career in 1994 with his appointment as the Head of Development Department at Central Military Zone. Throughout his career, Al Mansoori has held leading positions in the field of Information Systems with several government entities; prominently with Dubai Police, General Directorate for Residency and Foreign Affairs, Awqaf and Minors Affairs Foundation, and Dubai Public Prosecution.

Some of the other important positions he has held at the national level include Director General for Mohammed bin Rashid Smart, Learning Program and Director of Programs for National Portals. Al Mansoori also holds the prestigious position of Chairman of Mohammed bin Rashid Space Centre and He is a Board Member of Emaratech, a technical and management consulting company. He is the Chairman/President of the Information Systems at Dubai Police control room, a member of the Higher Committee for Information Systems at the Ministry of Labour, and the Chairman/President of the eLink project. H.E. Mr Al Mansoori has been the Head of Delegation of the UAE to numerous GCC, Arab and international ICT meetings.