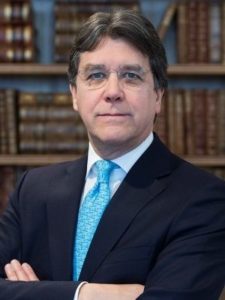 Carlos M. Jarque was born on October 18, 1954 in Mexico City. He graduated in Actuarial Science and Finance from Anahuac University in Mexico City. He has a Postgraduate Diploma in Econometrics and a Masters Degree from The London School of Economics and Political Science; Postgraduate Diploma in Urban and Regional Planning at the University of Oslo; PhD in Economics from the Australian National University; and a Post Doctorate from Harvard University. In all courses he graduated with honors and in each obtained the highest grade in his class(GPA).

According to a CIDE study, he is the Mexican economist most cited in international academic journals. He has a scientific production of more than 100 published articles and contributions to 44 books. He has made innovative theoretical, empirical and practical contributions using pioneering methods. His ideas have contributed in many scientific fields, particularly in socioeconomic studies, and in the definition and implementation of economic policies and programs to improve the standard of living. Some of his papers have more than 360,000 quotes.

He served as Director of Economic Studies of Telefonos de Mexico in 1982, defining the economic and financial scenarios to support planning and decision making processes of the company. He was General Director of Statistics in Mexico (1983-1986) at the Ministry of Planning and the Budget, and in 1987 became Director of the International Statistical Institute, based in the Netherlands. He has been President of the United Nations Statistical Commission, and President of the UN Cartographic Conference.

He was President of the Inter Ministerial Committee for Public Finance Information and Deficit Control. This Committee was established with representatives from the Ministries of Finance, Planning and Budget, the Comptroller and the Central Bank to lower the public deficit of Mexico. For this, quarterly deficit / surplus agreements were made together with re-structuring programs, particularly with each of the major public enterprises and public financial institutions.

He served as President of the National Institute of Statistics, Geography and Informatics (INEGI) of Mexico (1989-1999). During his tenure, he led the design and implementation of a comprehensive program that modernized the National Statistical and Geographical Information System, making it one of the most advanced in the world, to support, among other things, the economic and social development of Mexico. He directed eight national censuses (economic, agricultural, population and housing); the short term statistics (GDP, trade, unemployment, investment, etc.); the environment statistics and the ecological accounts of Mexico. He also directed a program of land titling, elaborating a detailed land cadastre at plot level, and titling in property half of Mexico’s territory (102 million hectares). This program also titled in property a third of the total houses in the country. He was also the Y2K National Coordinator for Mexico.

He was Secretary of the National Development Plan for 1995-2000, elaborated with a wide public consultation and which constituted the Government Program of President Ernesto Zedillo. He also led the elaboration of the first ICT Development Program for Mexico.

He served as Minister of Social Development, and remained until the end of the Government period in December 2000. In this role he led a wide range of social programs (including poverty reduction, microcredit) and initiatives in housing, urban and regional development, natural disaster relief, and administered budgetary allocations for states and municipalities.

He was Director of the Sustainable Development Department (2001-2005) at the Inter-American Development Bank (IDB), the largest source of multilateral development financing in Latin America and the Caribbean (LAC). In this position, he was responsible for directing the definition of the sector policies and development strategies of the IDB, and of the technical support to infrastructure projects for the countries of the region, financed by the Bank.

He was also Secretary of the IDB (2005-2007), responsible for the institutional governance processes and for the relationship with the Board of Governors (Ministers of Finance, Economy and Development of the 48 member countries of the IDB) and Board of Directors, for the approval of all operations of the IDB, including the capital increase of the Bank, its realignment and restructuring program, and the debt relief program.

From 2008 to March 2013, he was IDB Representative in Europe and Principal Advisor to the President, promoting, among other things, investment and resource mobilization between Europe and LAC, mainly on water, energy, infrastructure, urban development, transport and sustainable cities. He was IDB Sherpa for the Summits of Heads of State and Government, and attended the Summit of the Americas, CELAC, EU-LAC, APEC and Iberoamerican Sumits. He established the Permanent Secretariat of the EU-LAC Business Summit.

From April 2013 to August 2015 he was Executive Director at America Movil, responsible for Corporate, Government and International Relations, supporting interaction with governments and the relationship with the CEO’s of the countries in various fields. America Movil is the largest private company in Latin America with operations in 17 Latin American countries, plus the United States and 10 European countries.

From August 2015 to September 2017 he was CEO of Fomento de Construcciones y Contratas (FCC) Group with global headquarters in Madrid, Spain. FCC is the parent company of one of the first and most important global Citizen Services groups that contributes to the welfare and sustainable progress of society. FCC is present in the environmental services sector, integrated water management and in construction, cement, real state and infrastructure, with more than 115 years of history. It has activities in 35 countries, where it employs more than 60,000 people and provides daily services to 130 million people.

Since September 13, 2017, Carlos M. Jarque, is Executive Director at America Movil, in charge of Corporate, Governmental and International Relations, supporting the interaction with the Governments and the relationship with the CEOs of the countries, and with international organizations.

Carlos M. Jarque has been a member of the Board of Directors of companies in the construction, financial, telecommunications, mining, real estate, academic and citizen services sectors.

He has received several awards: Honorary Doctorate from Anahuac University; Benito Juarez Medal of merit; Quetelet Medal; the Mahalanobis Lifetime Award by the International Statistical Institute; Prize “Ricardo Flores Magón” for support to Freedom of the Press and of Expression; Prize 2017 Master of GOLD of the Royal Forum of Top Business Executives (Forum that includes High executives of Ibero America, President of Honor King D. Juan Carlos I of Spain).

He has taught at the Faculty of Economics at the Australian National University, ITAM, Anahuac University and has been a visiting scholar at Harvard University teaching in its Doctoral Program in Economics.